Book An Appointment Before and After Photos

Dr. Davenport received his Bachelor of Science degree from Iona College and his MD degree from Yale University. After completing both his residency in General Surgery and fellowship in Plastic Surgery in the Harvard University Program at the Massachusetts General Hospital, Dr. Davenport went on to pursue specialty training in Cancer Reconstruction and Cosmetic Surgery as a fellow at Memorial Sloan-Kettering Cancer Center in New York City. During that time, Dr. Davenport was awarded the prestigious Webster Fellowship in Pediatric Plastic Surgery. He completed his training during an additional fellowship in burn and accident reconstruction with Harvard University at the Shriner Burn Hospital for Children.

Since 2014, Dr. Davenport has consistently been named a Castle Connolly Top Doctor and has been featured multiple times as a Top Doctor in New York Magazine and Newsday.

Dr. Davenport is actively involved in medical volunteerism and has traveled to perform reconstructive surgery and lecture on plastic surgery in numerous developing countries including the Philippines, Peru, India, Nepal, Ecuador, Vietnam, Myanmar, Brazil, Bhutan, Nicaragua, and Mali, Africa. Dr. Davenport continues his philanthropic work with ReSurge International, having served as a board member and chairman of the Surgery Committee.

Dr. Davenport has expertise in the full range of cosmetic and reconstructive procedures. His cosmetic specialties include surgical and non-surgical facial rejuvenation, as well as body and breast procedures such as tummy tuck, liposuction, post-weight loss surgery, breast augmentation, breast lift, and breast reduction. He also specializes in treating complex wound problems, including wound care and burn reconstruction. Dr. Davenport is the Director of Microsurgery and the Director of Surgical Wound Care at NYU Langone Hospital Long Island, where he is also the Chief of Plastic Surgery. He has authored numerous articles and book chapters and lectured nationally and internationally on various aspects of plastic surgery. 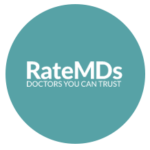 Dr. Davenport has one of those rare qualities that inspire confidence and reassurance just by his gentle manner and persona. I was very fortunate to have been directed to him for my surgery. For me, Dr. Davenport was a blessing, and when upon reading his bio, l learned that he gives freely of his expertise to the less fortunate in third world countries, I felt twice blessed for having met him.