Dr. Leland M. Deane has been a partner at Long Island Plastic Surgical Group since 1988. He obtained his MD from State University of New York Downstate Medical Center Brooklyn, New York, followed by a General Surgery internship and residency at the Tufts New-England Medical Center in Boston, Massachusetts. Dr. Deane completed a plastic surgery residency at Eastern Virginia Graduate School of Medicine in Norfolk, Virginia and received special training in hand surgery during a Fellowship at Thomas Jefferson University Hospital in Philadelphia, Pennsylvania.

Dr. Deane has authored numerous papers on various aspects of plastic surgery and continually participates in conferences within the national medical community. He is on the teaching faculty at Cornell University Medical College, fostering education for the doctors of tomorrow. Dr. Deane has led volunteer medical missions to Colombia, South America to treat congenital malformations in children. He is also a Fellow of The American College of Surgeons and a past Fellow of the American Academy of Pediatrics.

In 2016, Dr. Deane partnered with Accurate Surgical Scientific Instruments (ASSI) to design a new body contouring tool for surgeons. ASSI manufactures the instrument in Germany and markets it world-wide as the ‘Deane Body Contouring Forceps’.

From 2009-2015, Dr. Deane was a board member of the New York State Department of Health. He also served two terms on the New York State Office of Professional Medical Conduct board, where he oversaw the highest standards for medical care.

Dr. Deane specializes in several plastic surgery and reconstructive procedures, including post-weight loss surgery, breast augmentation, tummy tucks, hair restoration, and facial cosmetic surgery. He is currently the Associate Chief of the Division of Plastic Surgery at Southside Hospital within the Northwell Health System, and is on the advisory board of several patient support organizations, including Mother of Supertwins and Bariatrics Today/ObesityHelp.com. He has been featured and interviewed on the Wall Street Journal televised network, the Discovery Health Channel, Cablevision Network, the New York Post, and many other media sources. In 2010 and 2011, Dr. Deane was named a Best Cosmetic Surgeon in the Best of Long Island Awards hosted by Long Island Press.

Before and after photos will be made available at time of consultation. 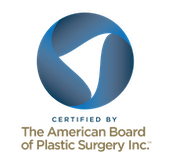